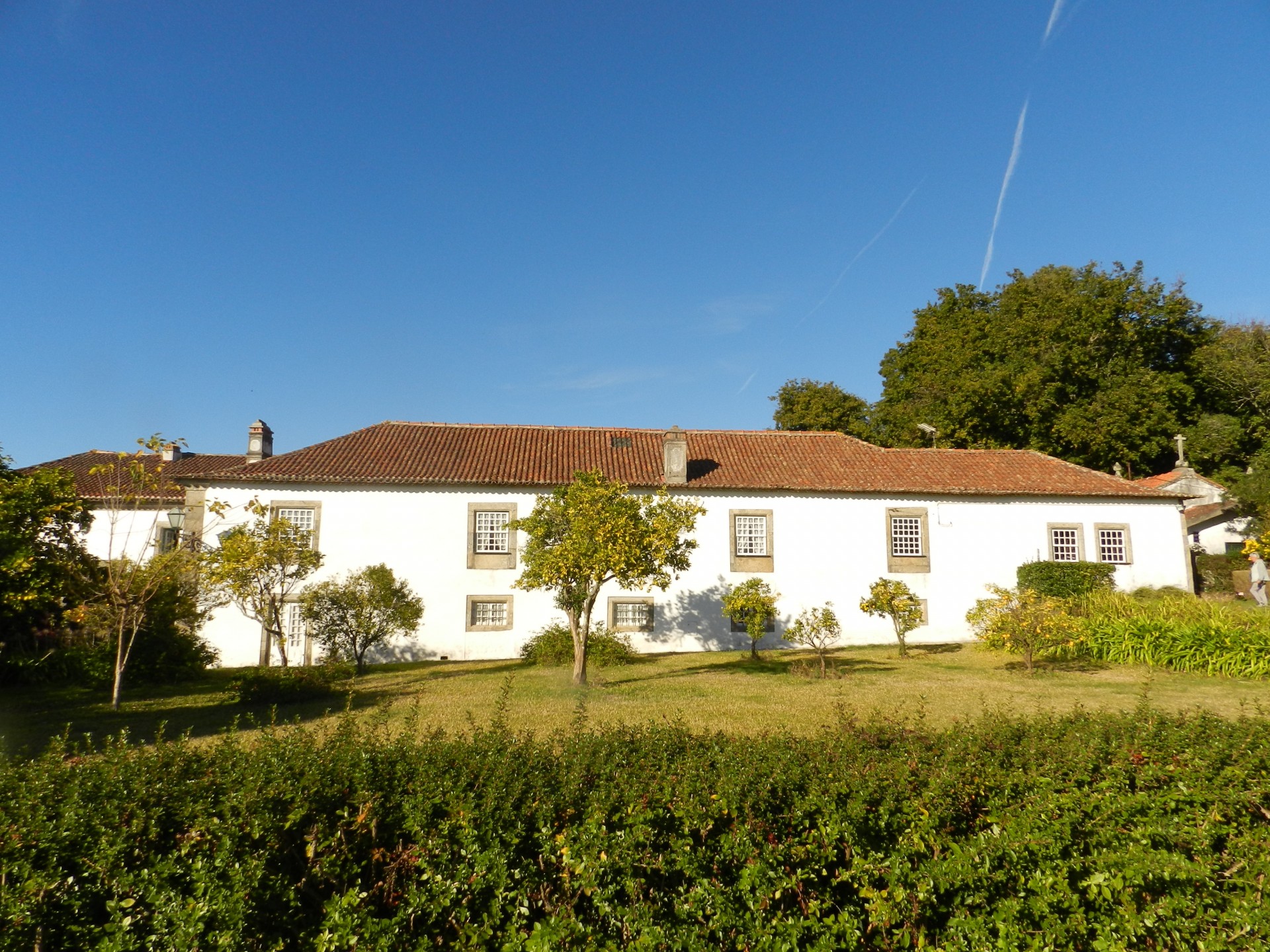 The Paço de Lanheses of which the wing facing west may be admired, is a manor house originally built in the 16th century, having been totally refurbished at the beginning of the 18th century. This aristocratic house from the late Baroque period presents an L-shaped layout, made up of two connecting wings, each with two floors.
The main entrance is located next to the central square in Lanheses. Upon passing the large gate of this walled property, we encounter a large walkway flanked with European box and century-old trees, shielding off the garden which holds the “Pelourinho da Feira”, a stone pillory classified as a national monument.
Paço de Lanheses is owned by the Counts of Almada and Avraches since the 19th century.