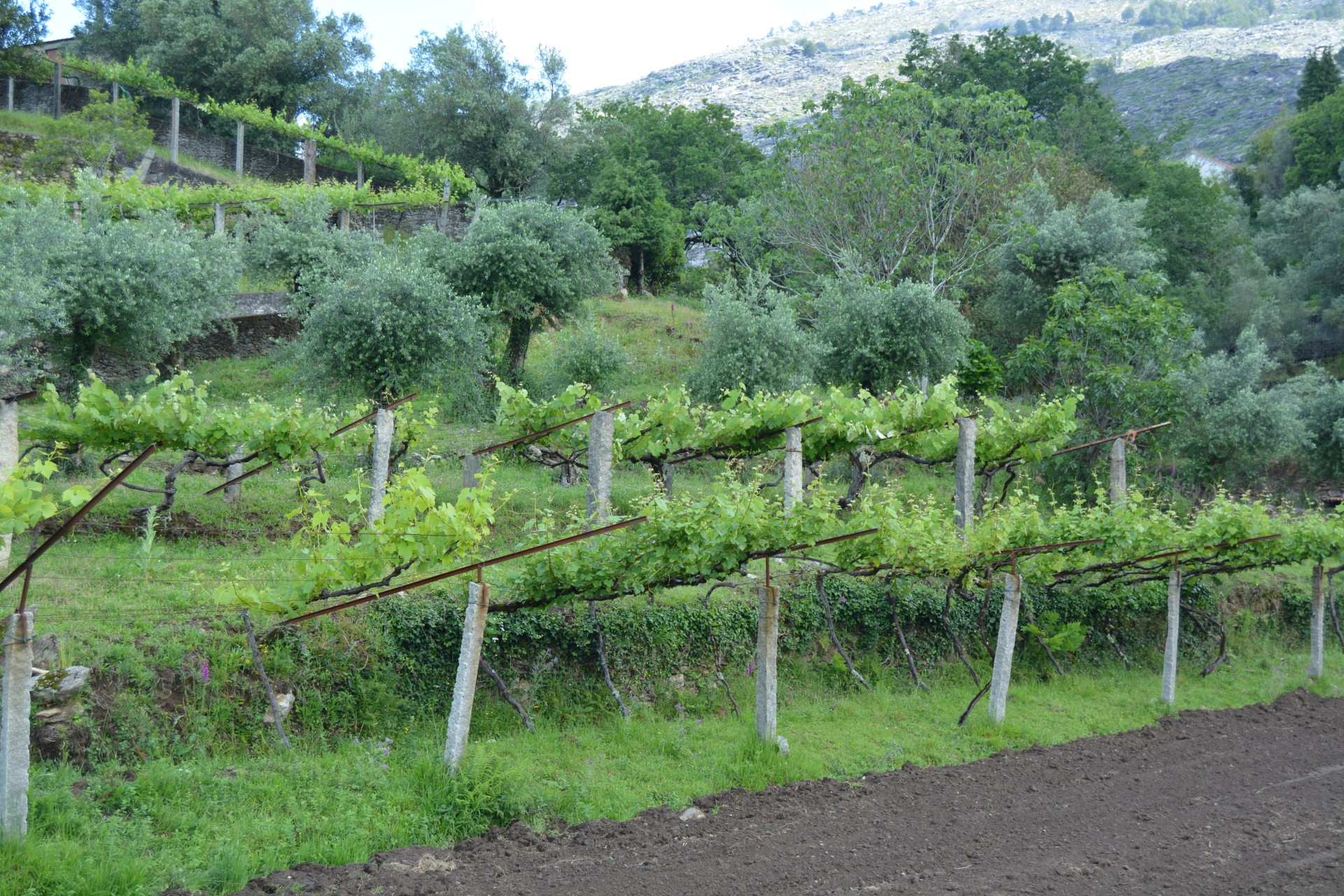 Found on a high plain on the southeast side of Serra de Agra at an altitude of 300 metres, the village of Montaria and surrounding farming land, sit at the base of a granite escarpment with a steep slope which continues until the plateau, located at an approximate height of 750 to 800 metres.
The fertile soils found on this high plain are the result of the vulnerability of the granite from the Serra de Agra’s central mountain mass to water erosion releasing sediments which then settle in areas with lower gradient or slope further down the mountain. The farming fields found on this high plain of Montaria include steeper areas which have been terraced with the aid of stone walls. These terraces are used to farm cereal crops, whether dryland crops or those requiring irrigation, especially corn. The irrigation of these stepped terraces was made with ancestral systems to transport water, many of which are still in use today.