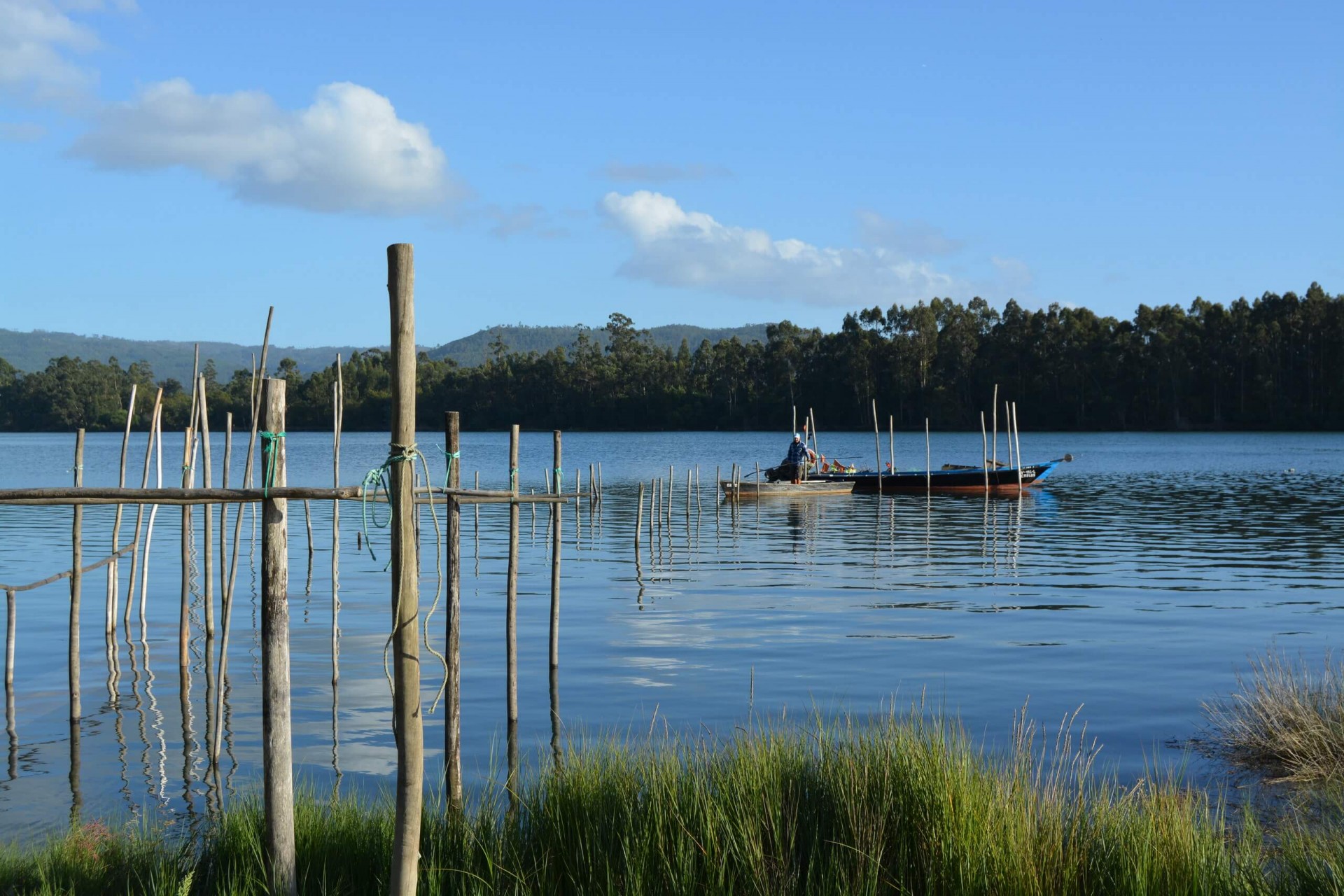 The name “Tira Vau” suggests the existence of a crossing point in the Lima River. Passar a Vau designates the possibility of crossing the river by horse or even on foot. The “vau” corresponds to a shallow place in the river – a ford.

The topography of the Lima’s riverbed most certainly changed due to the movement of sands, consequently changing the river’s depth. This may explain the appearance of this expression, of unknown origin, in a place where the river may currently be crossed with shallow draught vessels, such as the traditional “água-arriba”.

The close ties that the populations had with the river led to the extraction of sands at the beginning of the 90s of the 20th century, increasing the depth of the riverbed next to the banks. A quay was built by placing wooden stilts, reusing a secular construction tradition.