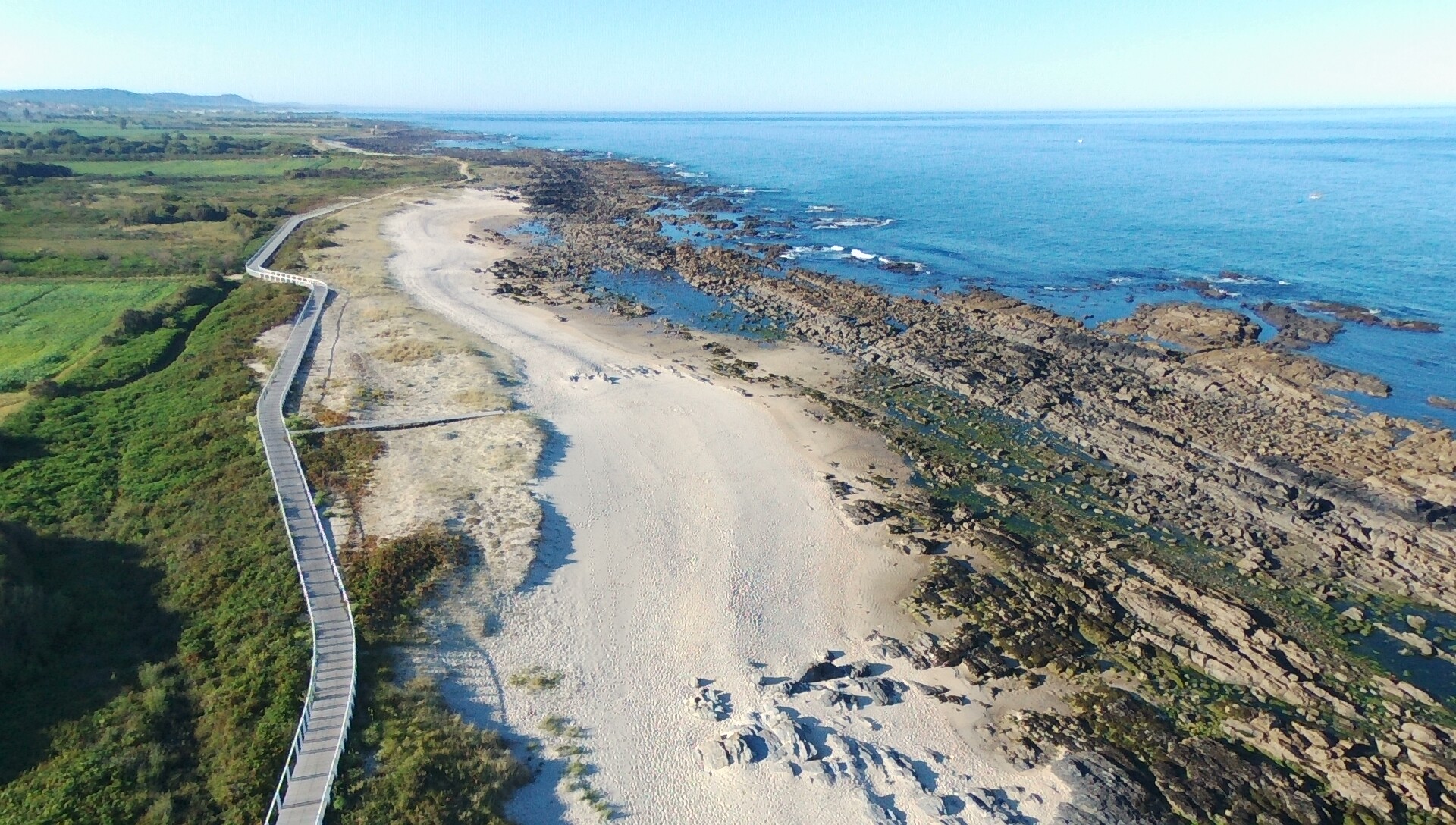 Climate changes throughout the geological timescale which is really the same as the history of the Earth, as well as the changes to the average sea level associated to these periods has given rise to increased interest among investigators, international organizations and mass media and civil societies.

The Canto Marinho geosite, classified as a Local National Monument since 2016, is a significant site for the comprehension of climatic and global oceanographic events on a local scale, where geology and archaeology unite to reconstruct the level of the sea during different periods of history.

The more than 700 salt pans (Costa et al.,2012) from the Iron Age carved out of the rock formation of the Canto Marinho beach are a relevant indicator of the paleoline of the coast during the pre-Roman period. The location of many of these structures which today stand in the intertidal zone (under water at high tide) suggest that around 4 to 5 thousand years ago the sea level was about 1 to 2 metres below its present mark.

The traditional structures along the coast used to facilitate the capture of fish, generically known as pesqueiras, using the rock formations along the beach onto which they inserted the camboas (fishgarths), are also important elements for reconstructing the position or level of the sea in medieval times.

From a mineralogic point of view, it is quite interesting to find paragenesis, typical of medium grade metamorphism, such as garnet and staurolite and the fact that it is also exclusive to this part of the Viana do Castelo coast. Together with tectonic indicators and folds with very inclined axial planes, these elements are indicators of the pressure and heat transferred from the nearby intrusive plutonic rock of Bouça de Frade (the main coastal intrusion of the Montedor cliff).

The ball-shaped granite blocks are also of some interest as they are an excellent example of one of the mechanisms of regional magma emplacement, namely the fluid migration of magma.